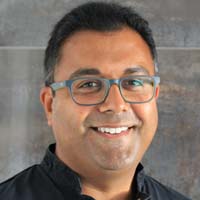 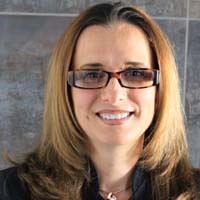 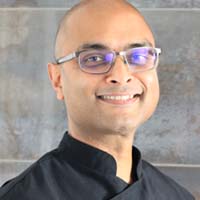 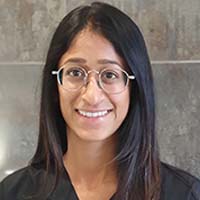 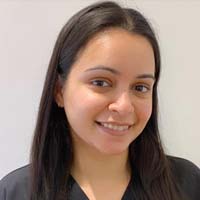 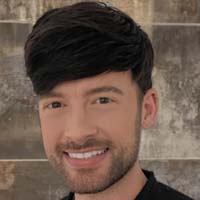 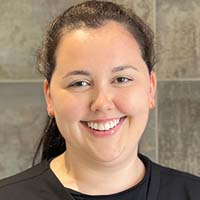 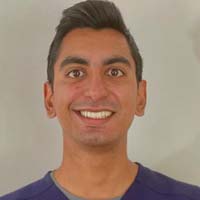 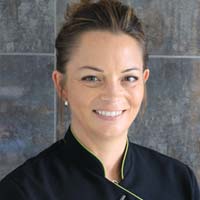 Dr Neel Tank graduated as a Dental Surgeon in 1998 from Bristol University. He has a special interest in Fastbraces® Orthodontics and Implantology. Neel completed his certificate training at the Oxford society of implantology in 2007.

In 2014 Neel was involved with the Oxford Deanery as a Vocational Trainer.

He was privileged with the honour of Chairman of the BDA South Mercia Branch and was Chairman Reading BDA section in 2010/2011.

May 2014 saw Neel and his wife Laura complete a Sky dive from 15,000ft for charity in America and then the whole Imogen Dental team Abseiled 100ft for the "Fund for Children" charity in September 2014.

In May 2017 Neel and 12 members of his team trekked up Mount Snowdon to raise money for a cancer charity in Hampshire, in total the team raised &pound9200!

Neel continues to support and motivate his staff. In December 2017 Neel entered his team into the Dentistry Awards and they won Best Team in the South East of England, a great achievement and a very proud moment for him and the practice.

In December 2018 Neel again entered his team into the Dentistry Awards and they won Best Team in the South East of England for the second year running, an achievement he and the team are very proud of.

Dr Kashif Hafeez has been honoured with Membership and Fellowship from the Royal College of Surgeons, Edinburgh. He completed his Postgraduate Certificate in Medical and Dental Education from Oxford Brookes University. His special interests are in Oral Surgery and Dental Implantology.

Kash has been a PG Dental foundation and Therapist trainer for the Oxford Deanary and due to his passion for quality in education has been appointed as Examiner for Royal College of Surgeons, Ireland and Edinburgh. He also teaches on the M. Clindent programme at BPP University, London.

Kash lectures internationally on Oral Surgery and Dental Implantology and has presented scientific and research work at International Dental Conferences. He conducts dental implantology courses worldwide as well as serving as an Editorial Board Member for Porodental CPD and an expert advisor for GDC UK. Previously honoured with the award 'Dentist of the year' by APPS UK, he has recently been awarded 'Fellowship' by the Faculty of Dental Trainers, Royal College of Surgeons, Edinburgh.

Caroline qualified at Bristol University in 2003 & joined the practice in 2006 after some time spent working in Cambridgeshire.

She enjoys all aspects of general dentistry & has a special interest in treating children & nervous patients.

She attends regular seminars and courses to maintain a high levels of skill and knowledge.

She graduated in 2000 at "Iuliu Hatieganu" Dental University in Transilvania. She then undertook her post-graduate Orthodontic training and in 2003 she was awarded her Diploma in Orthodontics.

Enjoys all aspects of dentistry but has a special interest in orthodontics.

She is now a certified provider of Invisalign.

She strongly believes in continuing professional development and participates regularly in national and international Orthodontic conferences and courses to make sure she stays up to date with latest advancements in Orthodontics.

She is member of the British Orthodontic Society (BOS).

Outside work she loves spending time with her two children and enjoys swimming and watching movies.

Rikesh qualified from Leeds Dental University in 1995. He has worked within the NHS and Private sector and has sufficient experience in providing all aspects of treatment to both adults and children.

Rikesh has a particular interest is in cosmetic treatment, and is happy to provide information and advice.

I qualified in 2019 from Plymouth University Dental School. Once I graduated, I worked in mixed NHS/private practices in West London and Slough gaining a specific interest in aesthetic and restorative dentistry. I enjoy all aspects of dentistry and have been trained to provide a number of facial aesthetics treatments.

I strive to provide my patients with a high-quality service, ensuring they are kept as comfortable as possible; with patient satisfaction at the forefront of the care I provide, ensuring all patients leave with a smile on their face.

Outside of work I enjoy baking and travelling.

Sarah joined both our Benson and Kingsclere practice in May 2021 as our Dental Hygienist. After starting her career in dentistry in 2015, as a Dental nurse, Sarah decided to continue her professional development into Dental Hygiene. Sarah qualified as a Dental Hygienist at the Eastman Dental Institute in London in 2019.

Since qualifying as a Dental Hygienist, Sarah has expanded her knowledge and capabilities to providing teeth whitening treatments. Due to her caring manner, Sarah enjoys building relationships with her patients and showing her passion for her position within dentistry.

In her spare time, Sarah loves baking, walking and spending time with her close friends and family. Sarah has already become an excellent addition to the Imogen Dental team.

Melis joined the Benson practice in January 2020. She qualified from Queen Mary University of London in December 2017 with a combined Diploma in Dental Hygiene and Dental Therapy.

Before this she worked as a dental nurse in specialist practice since 2005. Her interests are general periodontology, the treatment of gum disease and paediatric dentistry. Melis enjoys swimming, cooking and travelling.

Jane chose Dental Therapy & Hygiene as a late career, qualifying from Cardiff University Hospital in 2001. Her areas of special interest are treatment of children and teenagers and also general periodontology (which encompasses all that we refer to as 'gum disease').

She keeps her knowledge up to date attending local Oxident events and also national training courses targetted at Dental Therapists/Hygienists through the BADT.

Janaki qualified in 2018 from Sheffield University Dental School, where she carried out several placements, gaining experience in a community health centre as well as a hospital.

Following her graduation, she has worked in mixed NHS/private general dental practices in Kent and Oxford, where she has gained an interest in restorative dentistry and anticipates studying further in the future. Janaki is very enthusiastic about all areas of dentistry including facial aesthetics and orthodontics, and is currently trained to provide Clear Correct aligner orthodontics.

While aiming to deliver the highest clinical standards, Janaki also provides a warm, welcoming and reassuring experience for all of her patients.

Outside of work, Janaki enjoys travelling, cooking and running.

Terry joined our team in September 2018. He qualified from Teeside University in June 2018 and was also awarded student of the year. Terry has a keen interest in paediatric dentistry and improving patient confidence. He likes to use a calm, holistic approach to patient care which really helps if you're a nervous patient.

Terry is a member of the British Society of Dental Hygiene and Therapy & BADT.

Preet qualified from Bristol Dental School in 2019. Since graduating he has worked in both NHS and private practices in the Berkshire area.

Preet has a calm approach and strives to ensure patients are as comfortable as possible during appointments.

Preet has in interest in cosmetic dentistry and has undertaken further training to provide clear aligner braces to straighten teeth and composite bonding with the smilefast system to improve appearance.

Outside of work he enjoys travelling and playing squash.

When Laura qualified from Champneys International beauty college in May 2018, she gained distinctions in all areas and was honoured to be awarded student of the year! Laura provides holistic and aesthetic treatments in a calm and relaxing setting. Each treatment or course of treatments will be entirely bespoke for individual clients, whether aesthetic or holistic, aiming to promote self confidence and a complete feeling of wellbeing both inside and out.

Vicky qualified as a dental hygienist at Bristol Dental School in 1994. Since then, Vicky has gained vast experience in dental practices specializing in implantology, periodontology, orthodontics, general dentistry and tooth whitening.

Her working experience has carried her into various countries including Dubai, Germany, Guernsey, Jersey and London UCH. Vicky joined the practice in October 2018.

Paige joined the practice in August 2019 having qualified from Teeside University with 1st class honours. She has an interest in preventative dentistry and is keen to take a holistic approach. Paige especially enjoys working with patients to overcome dental fear.

Outside of work, Paige enjoys travelling and hiking.